What is a Double-Action Only Pistol? 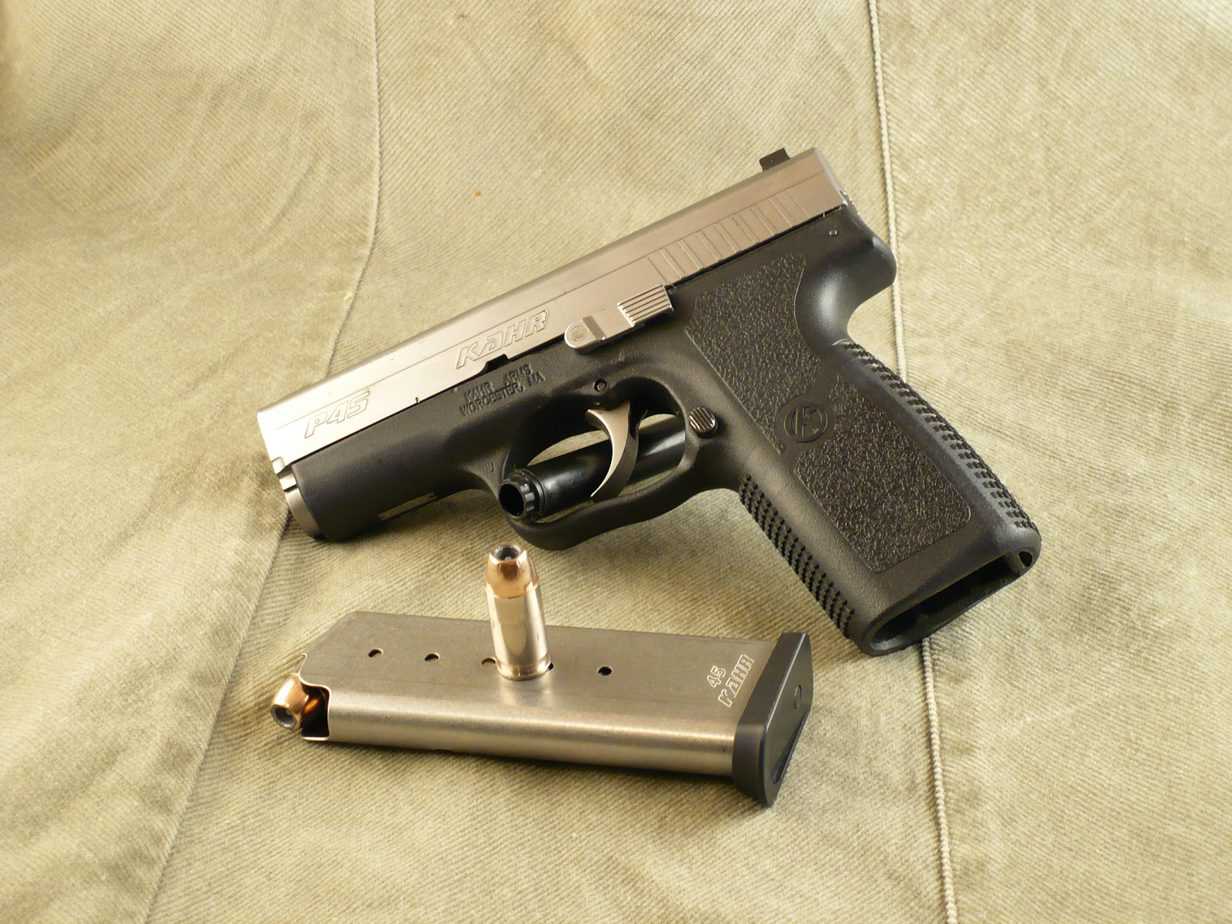 Double-action only provides a long, heavy, and consistent trigger pull from one shot to the next. Most common on concealed-carry snub-nosed revolvers, firearms manufacturers also offer semi-automatic pistols featuring this type of action.

Before choosing a pistol for self-defense, it’s worth exploring why DAO pistols continue to be a popular choice.

Why Does a Pistol Action Matter? 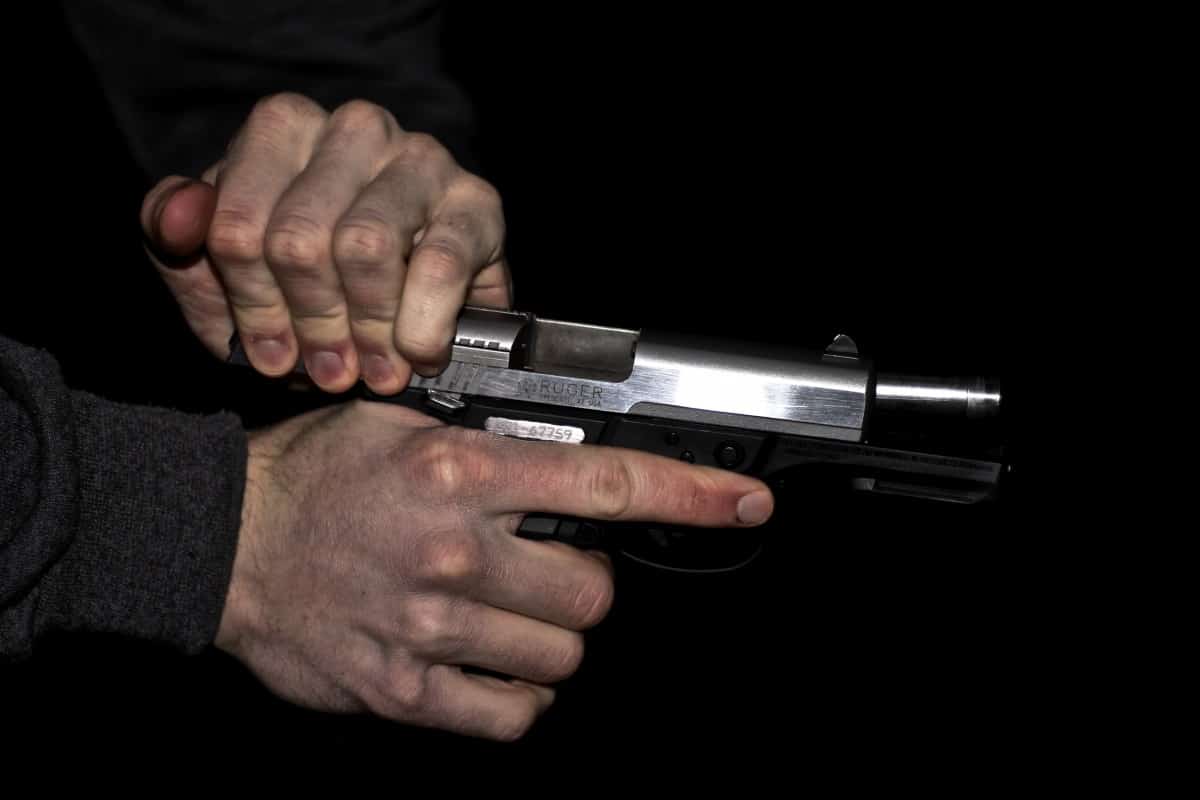 As a gun owner, you owe it to yourself to understand how different firearms operate so that you can select the best handgun to suit your preferences. There are several types of pistol actions, each with its own pros and cons, and double-action-only is no exception.

You should investigate these independently because the way the trigger and hammer/striker work has an impact on your ability to fire the weapon comfortably, safely, and accurately. 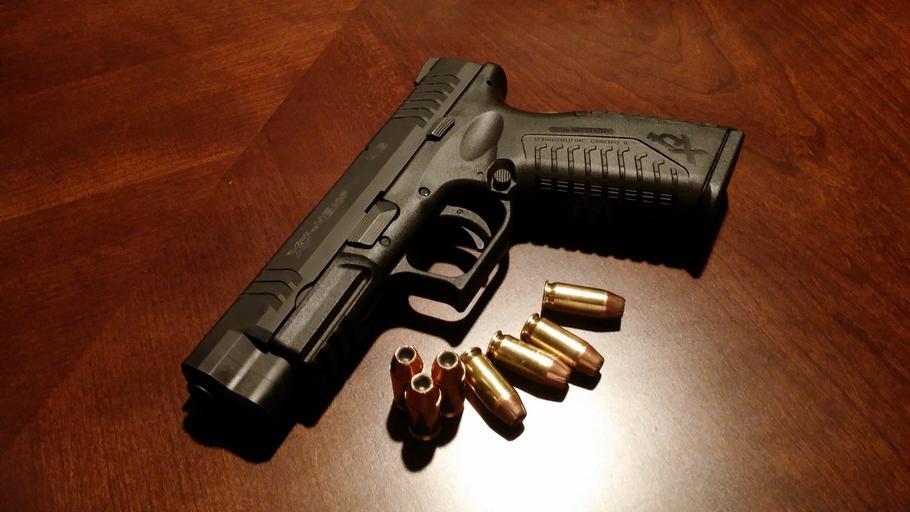 If you need to manually cock the hammer (or striker) with your thumb or by retracting the slide, the pistol is single-action only (SAO).

In this design, the trigger performs one action — it releases a previously cocked hammer. The trigger pull is consequently lighter in weight and shorter in its stroke on average. John Browning’s M1911 is probably the most well-known single-action-only pistol design.

A pistol that allows you to fire the first shot by either cocking the hammer or squeezing the trigger is double-action/single-action (DA/SA). Walther introduced this design to commercial success in 1929 in the PP series (Polizeipistole — “police pistol”).

Squeezing the trigger both cocks and releases the hammer, so the first shot is double-action. As the reciprocating slide recocks the hammer, all subsequent shots are single-action.

A double-action-only (DAO) pistol is a firearm in which the mechanism restricts the trigger to performing both actions — cocking and releasing the striker or hammer. In contrast to double-action/single-action (DA/SA) pistols, the slide does not recock the hammer during the firing cycle.

This type of action is more common on snub-nosed concealed-carry revolvers where the hammer is shrouded or contained inside the frame. Smith & Wesson and other revolver manufacturers design weapons this way to eliminate the hammer spur as a possible cause of snagging.

However, semi-automatic pistols can also benefit from this more streamlined external design. It’s considered one advantage of striker-fired designs — there is no hammer to catch on your holster, clothing, or other equipment as you draw your weapon.

Unlike a DA/SA pistol, where the weight and length of the trigger varies from the first shot to the second, a DAO pistol has a consistent trigger pull. This is one advantage of the DAO design compared with DA/SA and one it shares with SAO pistols.

In a DA/SA pistol, if you fire the first shot in double-action, the trigger pull is longer and heavier because it has to both cock and release the hammer. However, the trigger pull for the second shot is lighter and shorter. This can cause difficulties with accurate firing for some shooters.

Some favor double-action-only firearms because they perceive the longer, heavier trigger pull to be inherently safer than lighter, shorter alternatives. Unfortunately, this reasoning is based on the assumption that a heavier trigger can substitute for poor trigger discipline.

If you want to avoid a negligent discharge, you must condition yourself to keep your finger off the trigger and outside the trigger guard until your sights are on the target and you’re ready to fire. There is no substitute for strict observance of firearms safety rules, including Rule 3.

To help you practice trigger discipline consistently, including when drawing your weapon, select a holster that fully covers the trigger guard.

The one possible exception to this pertains to the trigger getting snagged on holster material, clothing, or another object in the environment. For pocket carry, for example, a DAO trigger’s increased weight can be helpful.

When returning your pistol to its holster, there is a risk that the holster material or loose fabric may enter the trigger guard of your handgun. If it lacks a manual safety or has a particularly light trigger pull, this can spell disaster. This scenario is more hazardous for some carry positions, such as appendix carry, than others.

Some choose a hammer-fired DAO pistol to reduce this risk. If holster fabric or clothing enters the trigger guard during the downward reholstering stroke, you will meet with an additional resistance that may signal that there is an obstacle.

While these strategies can work, you should minimize the probability of this happening. Always reholster your firearm in a careful, conscious manner. Don’t get distracted during this supposedly administrative and low-risk activity.

Choose a holster composed of a rigid material like high-quality leather or Kydex. This reduces the chance that the holster will contribute to this problem. Soft materials, such as chamois leather, collapse when you take the gun out, making it more difficult to reholster one-handed.

The primary disadvantage of a DAO pistol or revolver is that the heavy, long trigger pull can cause trembling when you squeeze the trigger gradually for accurate fire. Some shooters may find this trigger pull uncomfortable or unnecessarily difficult. While the trigger pull is consistent, like that of an SAO pistol, it’s also consistently long and heavy, which some shooters find tiring.

The longer and heavier trigger press is also inherently slower than single-action striker- and hammer-fired alternatives. Some may regard this as a benefit — if you haven’t determined whether to fire, the longer trigger stroke buys you an additional fraction of a second to decide not to fire.

Double-action-only pistols aren’t for everyone. The design’s long and heavy trigger can be uncomfortable to some and render accurate shooting more difficult.

However, if you decide you want to buy a semi-automatic pistol or revolver with a DAO trigger, focus your time on proper training and regular practice to cultivate proper trigger control. This design demands it.

If you’re in the market for a concealable handgun, don’t neglect the DAO pistol. Its long and heavy trigger isn’t for everyone. So handle a few DAO pistols to see which you like the most. You may find that this system is perfect for you.

The Guns of John Moses Browning