What is the Difference Between a Carbine and a Rifle? 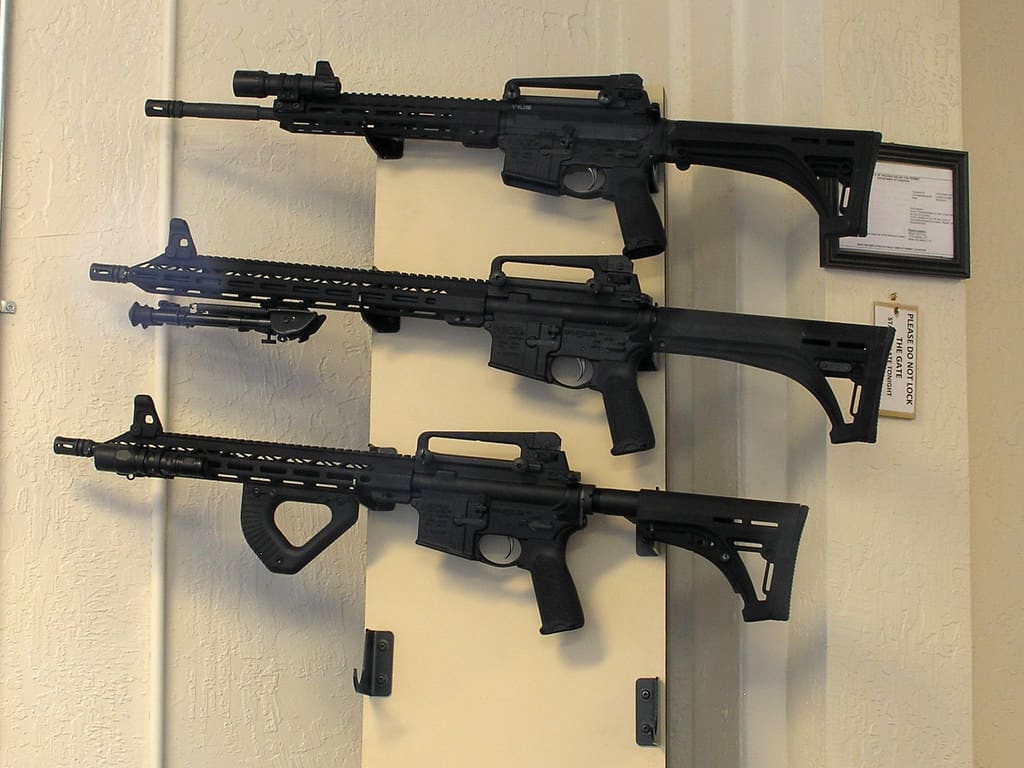 Carbines and rifles are different long guns you can use for self-defense, hunting, and competition shooting. You may have heard the terms used interchangeably. But they are not the same. These are the critical differences between carbines and rifles. 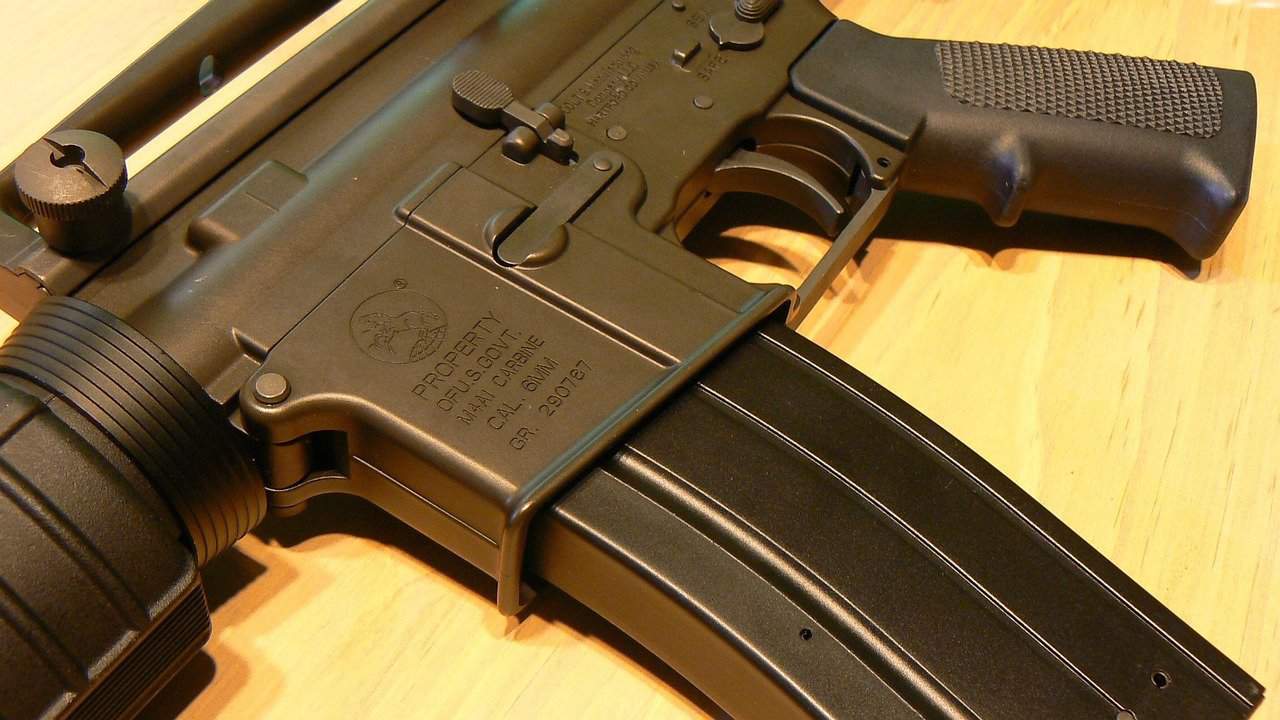 Whether you’re searching for a long gun for home defense, competitive target shooting, or hunting, you may have wondered whether you should choose a carbine or a rifle. What are the differences between them?

It’s worth exploring the pros and cons of carbines before deciding on one versus the other. Carbines are suitable for a variety of applications, from home defense to hunting. Understanding the differences will help you decide which weapon type is right for you. 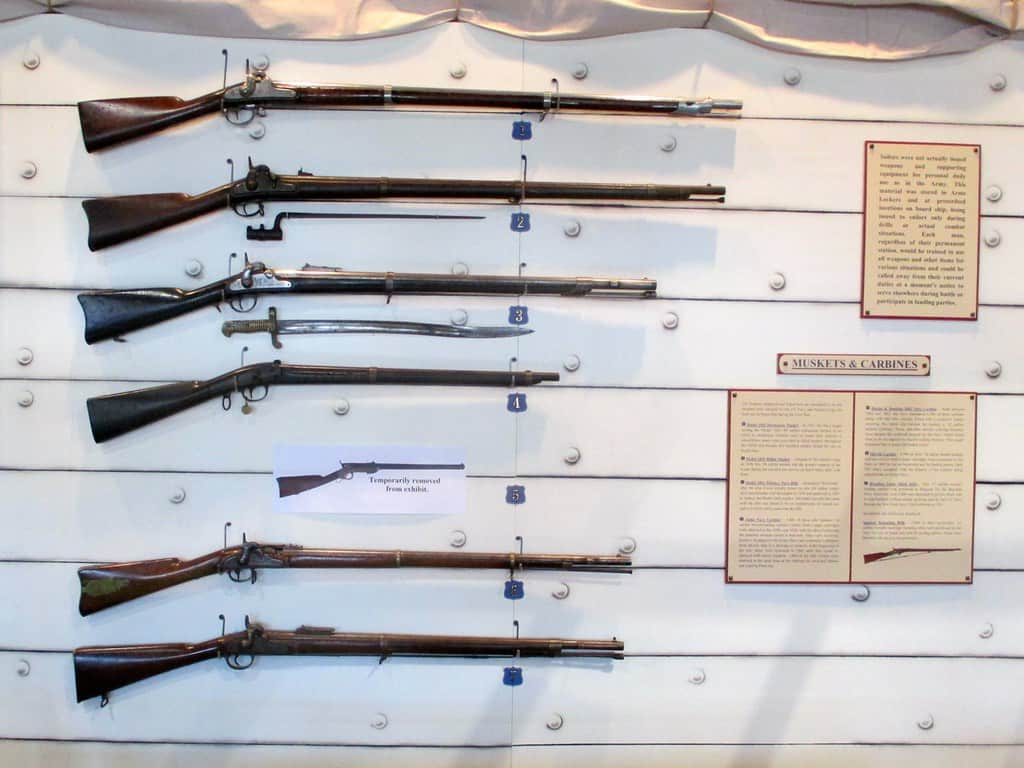 A rifle is a shoulder weapon with a rifled barrel. Rifling is a series of helical or polygonal grooves cut or formed in a gun’s barrel to impart spin to the bullet. When the bullet leaves the muzzle, this spin stabilizes it gyroscopically, increasing range and accuracy significantly.

In modern arms, “rifle” also denotes a weapon that fires a high-velocity cartridge. Many rifle cartridges are loaded with powder propellants that burn more slowly, allowing the bullet to accelerate to a high velocity in a comparatively long barrel.

What is a Carbine?

A carbine is, simply, a short-barreled, lightweight, and compact rifle. What constitutes a short barrel is a matter of debate. Usually, a carbine has a longer barrel than a handgun and a shorter barrel than a rifle.

Most carbines are short-barreled variants of full-length rifles, firing the same cartridge. For example, the M4A1, which has a 14.5” barrel, is a carbine variant of the M16 service rifle, which has a 20” barrel. The famous M1 carbine and Ruger Mini-14/Ranch Rifle, although not technically variants, both have an 18” barrel.

Initially, carbines were carried by cavalrymen because the reduced overall length afforded increased mobility when riding horses. Over the years, the military has issued carbines to helicopter and tank crews due to limited space inside these vehicles.

These weapons may be issued as either primary or supplementary military arms.

What are the Advantages?

The primary advantage of carbines is increased maneuverability, especially in confined spaces, such as corridors and inside vehicles. You can swing these handy weapons around without as much risk of getting the muzzle caught on a door frame or hitting a wall. The reduced overall length also simplifies storage and transport. Because of the reduced overall length, attaching a sound suppressor does not add as much bulk to the gun.

A secondary benefit is reduced weight. Not all carbines are lighter than their full-length counterparts, but many of them are less front heavy. This can reduce your fatigue when carrying a carbine for a protracted period.

What are the Downsides?

The carbine’s primary disadvantage is that, all else being equal, a shorter barrel will produce a lower muzzle velocity. Reducing the length of the barrel also increases the muzzle blast — both the report and the flash — since it burns less powder propellant before the bullet leaves the muzzle.

This is especially true for Commando-length carbines — e.g., those AR-15-pattern weapons with barrel lengths of between 10.5” and 12.5”. Under low-light conditions, the muzzle flash can be a liability, potentially blinding you. The concussive blast can also be even more deafening than it is from a full-length rifle.

Flash suppressors and specialty muzzle devices, such as those that direct the muzzle blast forward, can offset some of these effects. If you don’t mind the red tape and expense, a sound suppressor can be highly beneficial as well.

However, sight radius is less important if you use a holographic/reflector sight as your primary sighting system.

If the weapon is proportionately lighter but fires the same cartridge, it will also experience more recoil. One way to reduce the recoil is to use a muzzle brake — a device that exhausts gases through a series of ports or holes, which opposes the gun’s reward motion. Unfortunately, muzzle brakes also intensify the already-loud report.

The reduced muzzle velocity of a carbine can be a detriment with some calibers. For example, 5.56mm M193 and M855 ammunition relies heavily on impact velocity for its terminal wounding performance.

Once the velocity declines below a certain threshold, fragmentation becomes less reliable. You may consider using different ammunition to optimize performance in a short-barreled weapon. Alternatively, you can consider a different cartridge altogether, such as the .300 Blackout or 6.8mm SPC.

There’s another category that bears mentioning — the pistol-caliber carbine.

By having a rifle and a handgun in the same caliber, you also benefit from ammunition commonality. A carbine offers increased stability and capacity compared to a pistol.

A pistol-caliber carbine capable of fully automatic or selective-fire becomes a submachine gun or submachine carbine.

Another related category is the rifle-caliber pistol. By attaching a stabilizing pistol brace to an AR-15-pattern weapon, it legally becomes a pistol. For all practical purposes, these weapons are carbines or short-barreled rifles.

However, because the law doesn’t perceive it to be an SBR, you don’t have to file ATF Form 1 and pay the $200 tax. The same caveats apply to these weapons as to Commando-length carbines. 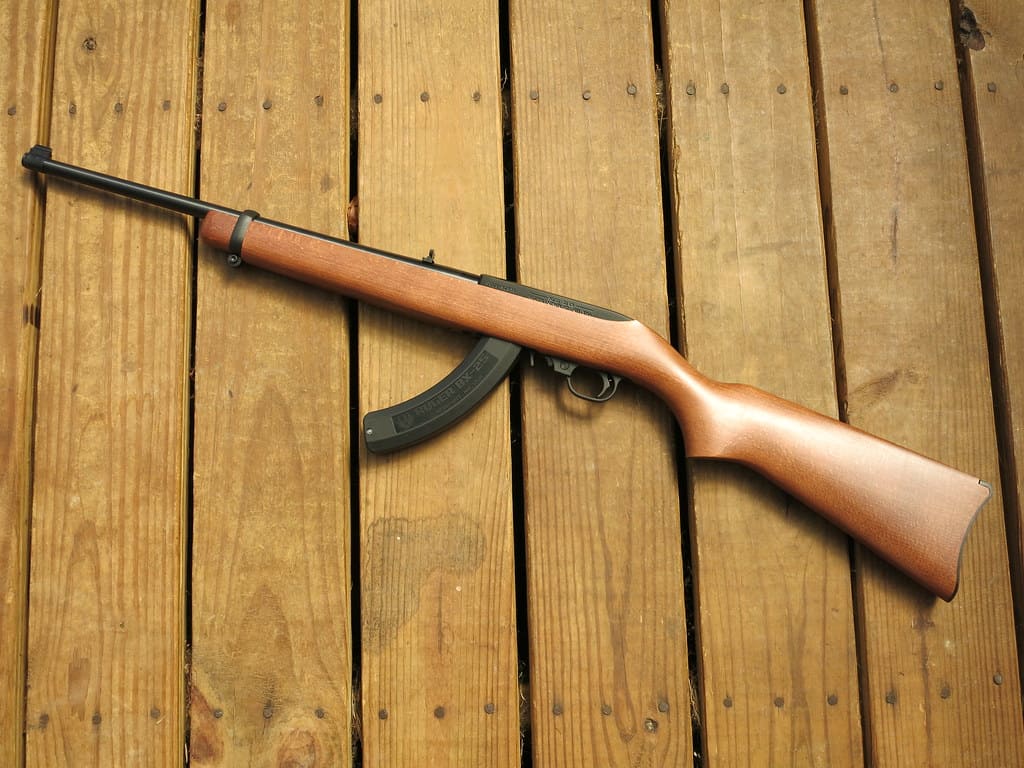 Knowing the difference between a carbine and a rifle can help you decide which type of weapon is appropriate for your needs. If you need long-range accuracy, a full-length rifle is an excellent choice. For close-range combat and maneuverability, the carbine is the superior option.

Just be aware that carbines are louder and brighter than full length rifles. That means you may need more substantial hearing protection for shooting a carbine, especially on an indoor range. Also, the muzzle flash from a carbine can be blinding, if you’re shooting in low light or darkness.

If you decide a carbine is the right choice for you, you’ll have a plethora of compact weapons to choose from in every caliber you can imagine. Lightweight, compact, and maneuverable, these weapons provide a tactical advantage in close-quarters combat and self-defense.