What Makes the AR-15 So Popular?

Quick Navigation
Why Is AR-15 So Popular?
​Reliability
Ergonomics and Recoil
Accuracy
Customizability and DIY
Versatility
Military and police use
Research Your Options
The Takeaway 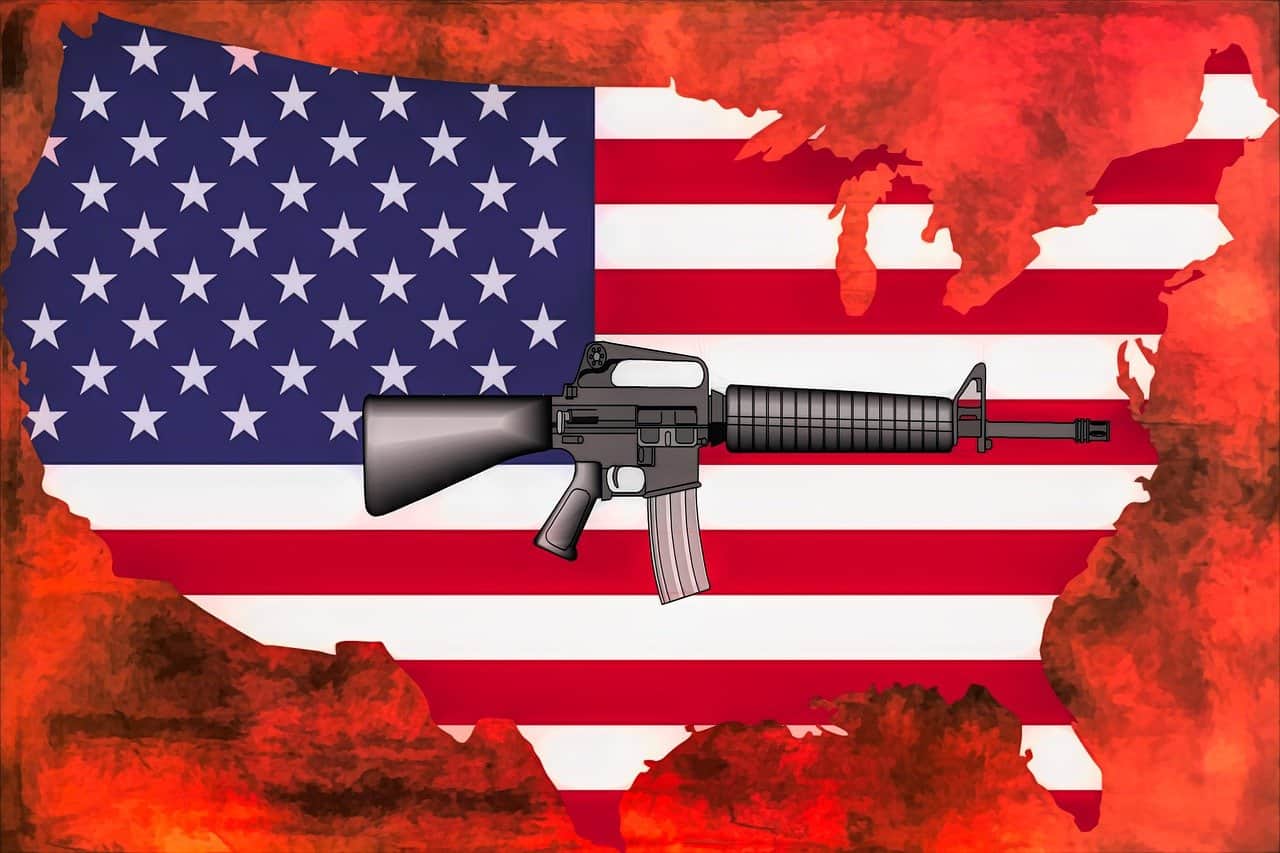 The semi-automatic AR-15, or ArmaLite Rifle 15, became available to private citizens in 1964, chambered in the .223 Remington cartridge. When the patents expired in 1977, numerous arms manufacturers began producing AR-15-pattern rifles of their own.

In 2019, Colt announced that it would cease to manufacture AR-15 rifles for civilian sale, reflecting the extent to which the market had become saturated.

However, Colt would resume production in 2020 due to a significant increase in local demand.

Whether you’re new to firearms or an experienced shooter who grew up with a different generation of weaponry, you may have asked, “Why is the AR-15 so popular?” There are several reasons for Americans’ love affair with this sleek black rifle. 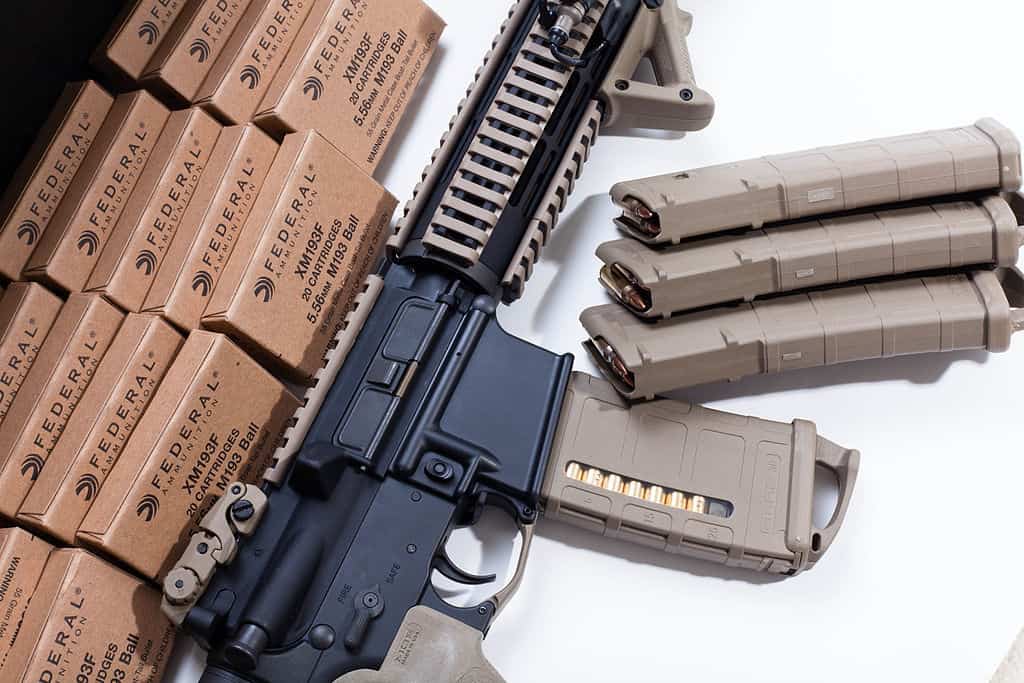 The AR-15 rifle is a highly reliable design. The topic of reliable operation became the subject of controversy during the Vietnam War; however, the primary culprits were an inadequate supply of cleaning kits and an ill-advised change in powder propellant. Once these problems were resolved, the M16 rifle performed satisfactorily in combat.

A closed system, the AR-15 precludes the ingress of dirt, debris, and mud into the action. As a result, regardless of whether you shoot in the desert, the swamp, the woods, or a sterile firing range, you can bet that your AR-15 performs.

Ergonomically, the mil-spec rifle is comfortable to hold, shoulder, and fire. This owes to its perpendicular pistol grip and straight-line construction — relatively new at the time of its introduction.

The recoil impulse is delivered to the shoulder linearly, minimizing muzzle rise. Couple that with the relatively light-recoiling .223 Remington/5.56mm NATO cartridge, and you have a rifle that anyone can handle and learn to shoot, from youngsters to the elderly.

The placement of the controls is highly intuitive. The magazine catch rests under your right index finger when it’s straight. When you insert a fresh magazine, the bolt catch falls under your left thumb, allowing you to release the bolt as you seat the magazine, thereby chambering a cartridge. The rotary selector lever is easy to manipulate and its positions are clearly marked.

If you find that the right-handed configuration of the magazine catch, bolt catch, and safety selector are not to your liking, there are a wide variety of ambidextrous options available. This ensures that left-handed shooters can gain the most from their shooting experience with the AR-15 rifle.

The standard .223 Remington cartridge is light, fast, and reasonably accurate. However, due to the extent to which manufacturers offer match-grade kits, assemblies, and ammunition for these weapons, you don’t have to settle for 2-MOA military grouping. You can find the perfect combination of parts and bullets to shrink your groups to sub-MOA and chew single ragged holes in paper targets.

If you want to buy or build a match-grade target rifle, you’ll find that the AR-15 offers a solid foundation.

You may have noticed a trend by now. Why is the AR-15 so popular? One of the most important reasons is its nearly endless customizability. The market for accessories, spare parts, upgrade kits, and more allows you to tinker with, modify, and personalize the rifle to suit your tastes and preferred manner of shooting. The popularity of modular handguards featuring M-LOK and KeyMod slots, and Picatinny rails, enables a significant degree of accessorizing.

Related to customizability is DIY (do it yourself). The AR-15 design allows any hobbyist or budding gunsmith to build a rifle from the ground up using loose parts or parts kits.

As a DIY project, this can be a highly fulfilling experience. Some AR-15 builders also choose to machine an incomplete lower receiver to completion as part of the building process.

The lower receiver is legally the firearm, bearing the serial number and information identifying the manufacturer and model. However, if the lower receiver is not fully machined, lacking the pocket for the fire-control group, it’s considered an incomplete blank.

An informal designation for this type of lower receiver is 80%. As a so-called 80% lower receiver is not recognized as a gun part by the law, you can buy it online and finish the necessary machining operations yourself. No paperwork or FFL required. (As always, check your local laws to verify this.)

Due to the widespread customizability, manufacturers also offer a wide variety of builds to suit every possible application, from competition and precision shooting to hunting and self-defense. It’s also available in several calibers, from the light and fast to the slow and heavy, and everything in between.

If the .223 Remington cartridge doesn’t deliver enough punch for your hunting or defensive needs, you can select more powerful intermediate cartridges, such as .300 AAC Blackout and 6.8mm SPC, simply by swapping upper receiver assemblies and keeping the same lower receiver. If these calibers are still not potent enough, you can upgrade to .458 SOCOM and .50 Beowulf, which provide increased penetration for defeating barriers or hunting heavy game.

Military and police use

It can’t be denied that the AR-15 rifle owes some of its civilian popularity to the design’s adoption by the United States military. American men and women return to civilian life from military service, having trained with and carried the M16 rifle and M4 carbine.

These service members often seek to own a civilian variant of their military-issue weapon. Others see soldiers and marines with these weapons overseas and want to replicate the same loadout at home.

Another factor is the widespread police adoption of the AR-15 pattern as a patrol rifle. Tactical rifles are continuously replacing repeating shotguns for this purpose — the collective-defense weapon that officers keep in their squad cars. Traditionally, the choice of Americans to keep pump-action shotguns at home for self-defense was influenced in part by their widespread use by police. 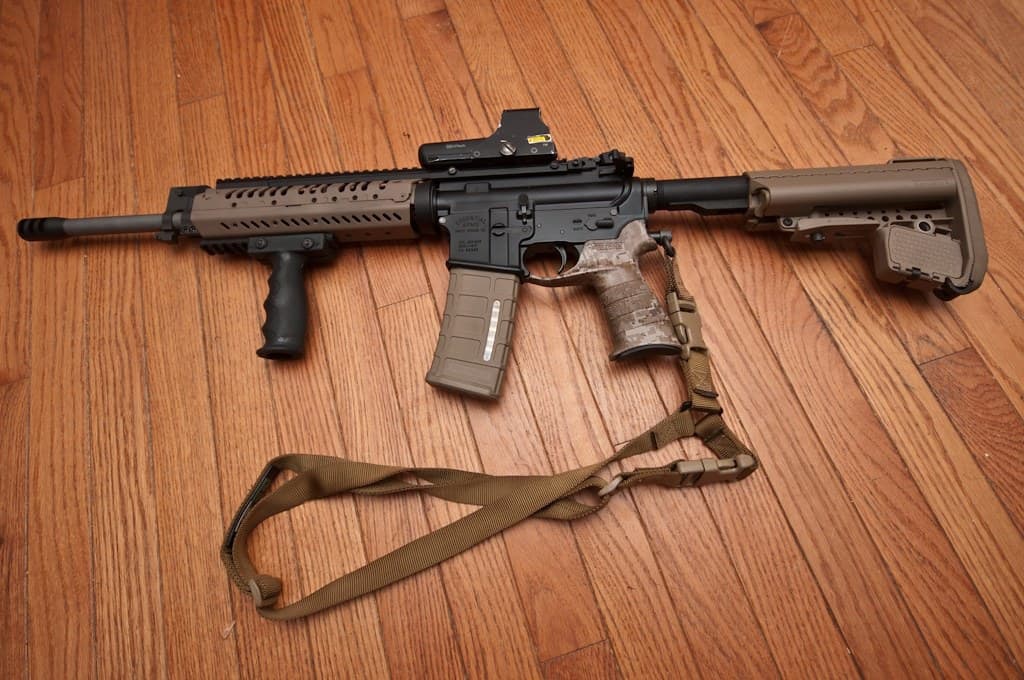 If you’re interested in owning an AR-15 rifle, you should research the subject thoroughly.

There are so many companies manufacturing AR-15-pattern rifles these days that it can be overwhelming trying to sift the high quality from low. But it’s necessary.

Don’t be afraid to buy a rifle assembled at the factory if you’re not comfortable with the prospect of assembling one yourself. Building a rifle can be fun. But it’s an involved process.

The AR-15 is one of the most popular centerfire rifles in the United States. And it’s not hard to understand why. Consider buying one yourself—it can be a fun hobby or an effective tool.