What You Need to Know Before You Carry a Concealed Firearm

Quick Navigation
Preparation for Concealed Carry
Deadly Force
Advantages of Concealed Carry
Proper Concealment
Correct Mindset
​Where You Can and Can’t Carry
Reciprocity
What to Do Now? 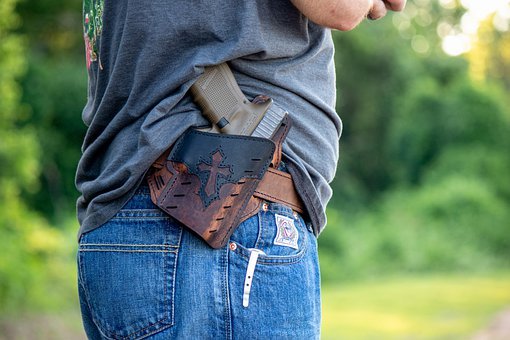 Carrying a concealed firearm isn’t only about the gun and the holster. Yes, these are important. But so are knowing the law and keeping a calm demeanor. You should also avoid escalating confrontations and know when you can and can’t draw your weapon.

Carrying a concealed firearm is a huge responsibility, and some who are new to this practice may not be properly equipped for it. It’s essential to investigate this subject carefully. It could save you time, money, and possible legal consequences in the long run. 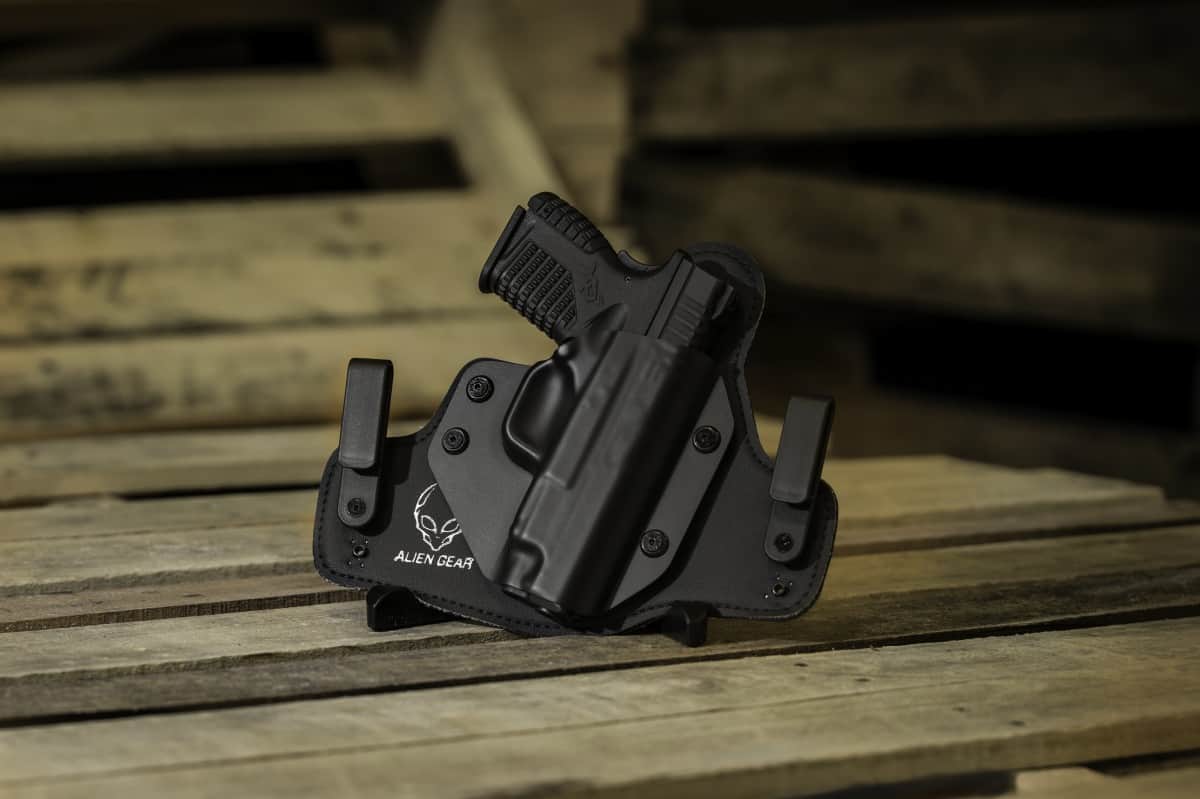 When carrying a firearm, your first priority is to thoroughly understand the law, including what constitutes the lawful use of deadly force. You should also understand where you can and can’t legally carry your weapon. These preparations are part of being a responsible gun-carrying citizen.

While the deadly force statutes of each jurisdiction may differ, the following criteria must apply to your assailant to warrant your use of a firearm:

Your assailant must have the physical ability to inflict serious bodily injury or death upon you. This may take the form of handheld weapons, such as guns, knives, and impact weapons (e.g., baseball bats, crowbars). If your assailant possesses a weapon with which he can maim or kill you, he has the ability.

Non-standard weapons, such as vehicles, also qualify, as do improvised weapons. However, ability can also mean a disparity of force. The physically disabled vs. able-bodied, elderly vs. young, and female vs. male are all examples of disparity of force.

Your assailant must have the opportunity to inflict serious bodily injury or death upon you. This usually refers to physical distance.

If your assailant is in proximity to you or is in the process of gaining it, he has opportunity.

An assailant with a knife is more complicated. If he’s 300 feet away, he probably doesn’t have opportunity.

However, there’s a standard used by police called the Tueller Drill, named after Dennis Tueller. This test demonstrated that the average person could advance 21 feet (7 yards) in 1.5 seconds. That means that a knife-wielding attacker can close that distance and acquire opportunity rapidly. Training can help you with these scenarios.

This is also called intent. Your assailant must show that he intends to inflict serious bodily injury or death upon you through hostile words, actions, or body language. Obviously, you can’t know another person’s intent with 100% certainty — you can only judge his intentions from his outward behavior.

The threat must be imminent and unavoidable, your use of force must be proportional to the threat, and you must stop using force when the threat stops. 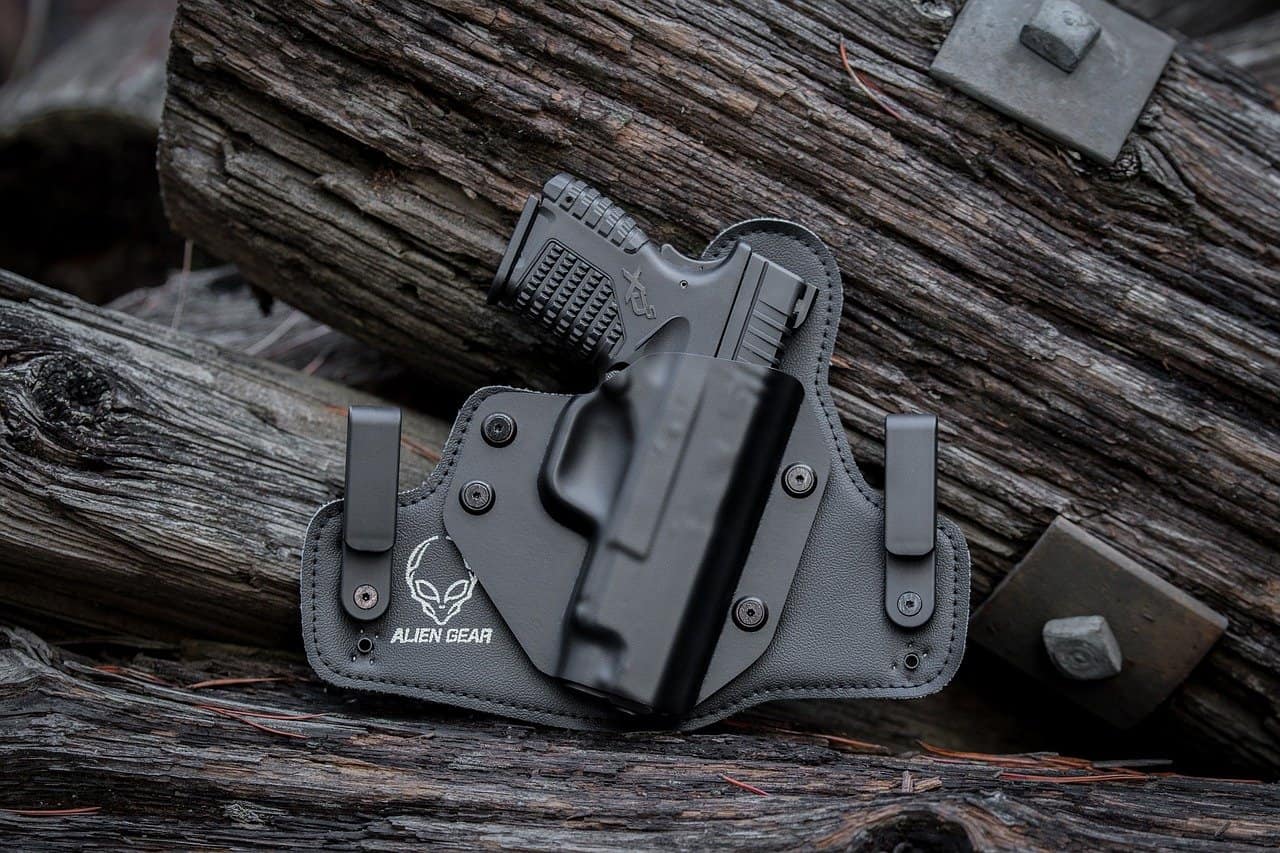 If you determine you want to carry your firearm openly, that is your prerogative in some jurisdictions. However, concealed carry is about discretion. Carrying your firearm concealed allows you to avoid startling those who are either opposed to, or unfamiliar with, the law regarding open carry.

If someone alerts the authorities to the presence of “a man with a gun,” you will be interviewed by the police. You may have done nothing wrong, but it’s still time wasted.

Additionally, concealed carry lets you retain the element of surprise. In some defensive scenarios, this can be critical to your security.

From a legal perspective, states have varying definitions of what c​​onstitutes concealment. Depending on the jurisdiction in which you live, partial or accidental exposure of a concealed weapon can have legal consequences. It is your responsibility to investigate your local laws.

For these reasons, ensure that your weapon is fully concealed. This may mean adjusting your wardrobe and choosing an appropriate holster and carry position. You want to avoid “printing.”

Printing happens when the pistol, particularly your handgun’s butt, becomes visible through your clothing. A distinct outline of a gun through your shirt may not be illegal, but it can disclose that you’re armed. You also may want to crouch or squat rather than bending over — the latter can reveal your weapon.

There is a correct attitude to have when carrying a gun. Many gun owners observe that they’ve become calmer and focused as a result of carrying a firearm.

This can be a grounding exercise. You can’t afford to lose yourself in thought or become distracted, and losing your temper is out of the question. That pistol on your hip is for protection against an imminent threat of serious bodily injury or death, not a tool of one-upmanship.

If you’re having an argument with another person, and they see your weapon, they may interpret that as a threat or an attempt at intimidation — even if it wasn’t intentional on your part. For this reason, among others, always strive to de-escalate any verbal confrontation or incident that you find yourself in. Be the better person — your pride will recover.

​Where You Can and Can’t Carry 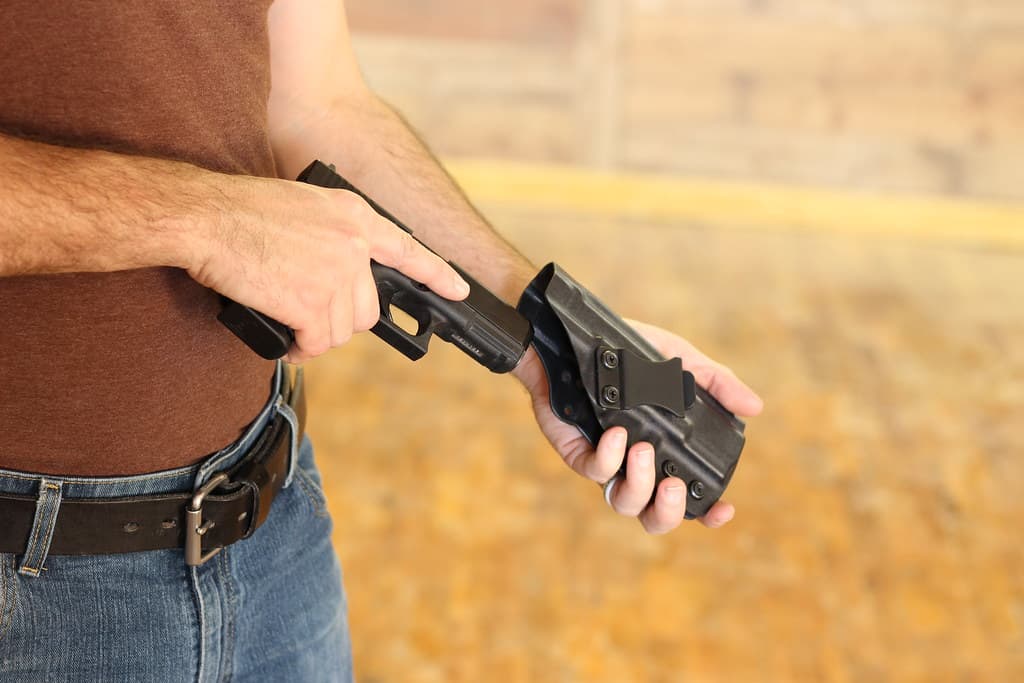 You will learn quickly that there are many locations that forbid the carrying of firearms by private citizens. This may be a matter of law or the preference of the property owner.

In some states, a “no guns allowed” sign has the force of law — violating it may be a misdemeanor or a felony and can result in the revocation of your concealed carry permit. Whether your state has this sign law or not, you’ll still be charged with criminal trespass if you’re told to leave and refuse.

If you encounter one of these signs, you have a few options. One is to leave your weapon in your vehicle. Some security-conscious gun owners choose to install a dedicated gun safe in their vehicle or another way of locking their weapons up.

Another is to patronize a different business, although this isn’t always possible. A third option is to leave your gun at home, but this can be hard to accept as an alternative when you’ve committed to carrying a weapon for personal defense. Whether that’s the right choice depends entirely on you.

Simply put, not every state honors concealed carry permits issued by other states. You need to consult a reciprocity map.

What to Do Now?

Carrying a concealed handgun for self-defense requires that you prepare yourself for the challenges that exercising this right poses. You should know the law and adopt the correct mindset.

Once you have a firm understanding of the law and proper etiquette regarding concealed carry, you can defend yourself responsibly and effectively.