What’s Special About the SIG P320 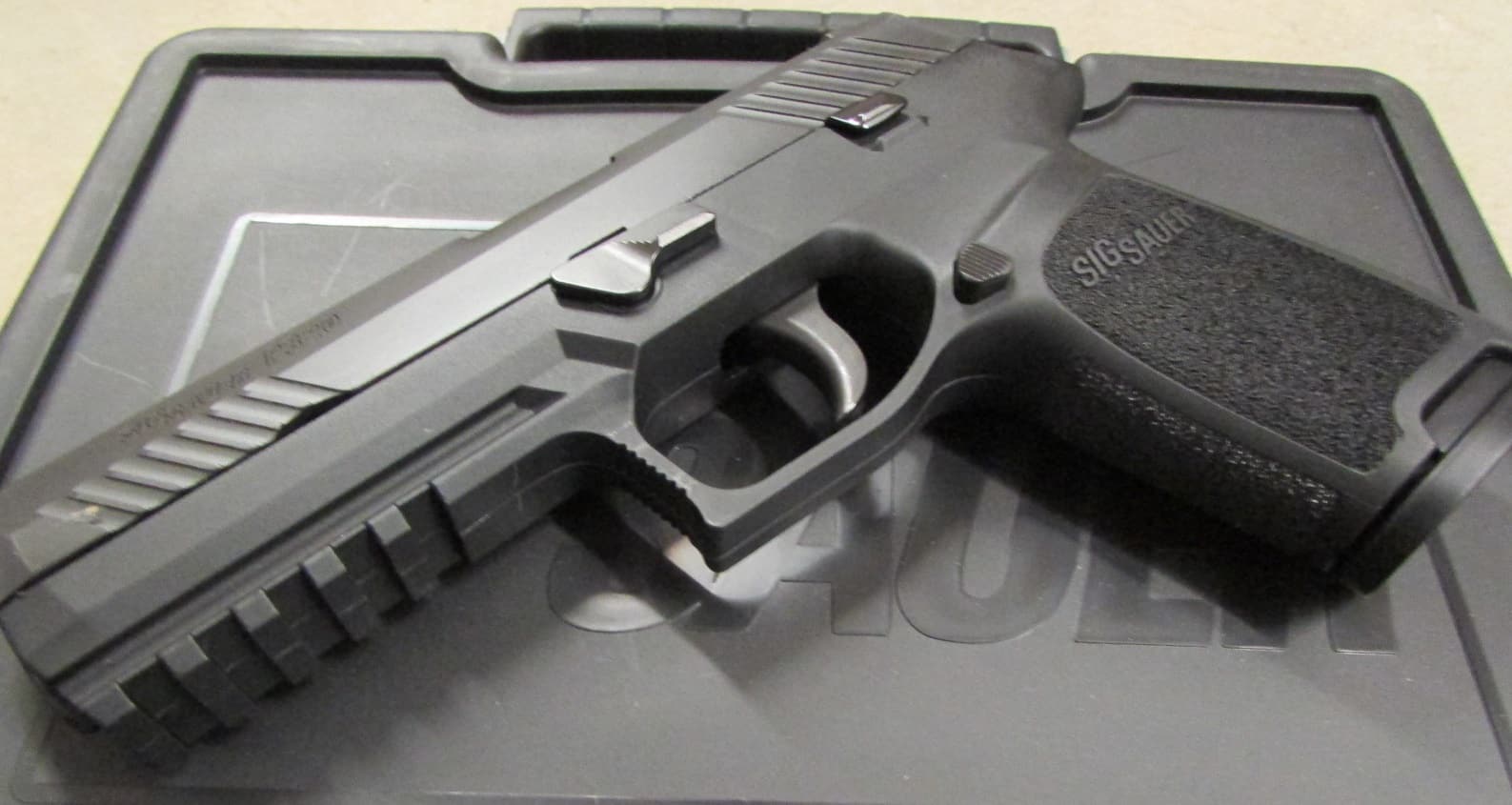 The SIG P320 is a modern, modular tactical pistol that was the foundation for the M17 Modular Handgun System — the U.S. military’s new sidearm. Find out the standout features of this handgun and whether it’s a weapon you need in your arsenal. 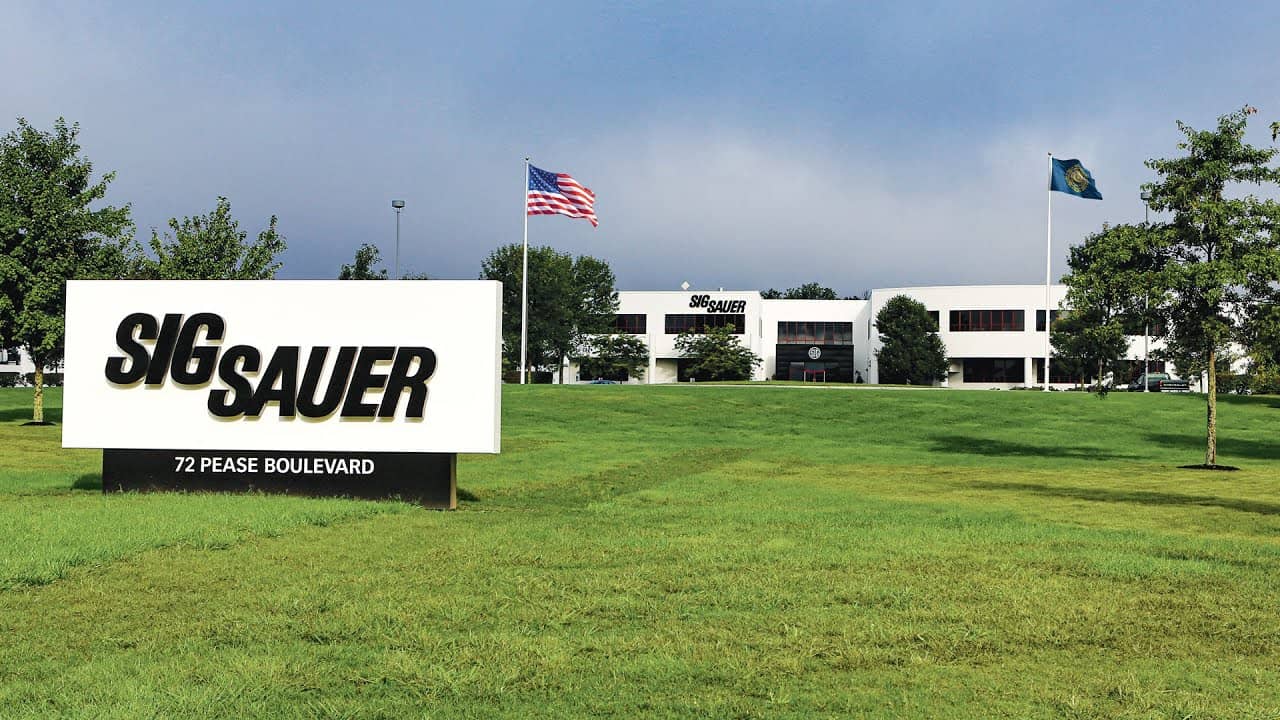 SIG Sauer GmbH, founded in 1976, is a partnership between the Swiss firm SIG (Schweizerische Industrie Gesellschaft), founded in 1853, and the German firm J.P. Sauer and Sohn, founded in 1751.

SIG is famous for firearms such as the SIG P210 semi-automatic pistol and SIG SG 510/Sturmgewehr 57 battle rifle. J.P. Sauer and Sohn manufactured everything from drillings to the Mauser Karabiner 98 kurz (K98k) during WWII.

In 1976, SIG acquired J.P. Sauer and Sohn, forming one of the most influential firearms design and manufacturing companies in the world.

SIG Sauer GmbH manufactures a wide variety of small arms, from submachine guns to assault rifles. However, the firm is perhaps most famous for its line of handguns. The SIG P220, adopted by the Swiss Army as a replacement for the aging SIG P210, was manufactured by J.P. Sauer and Sohn before the two firms merged.

The P226, introduced in 1984, would compete against the Beretta 92 series for the United States Army contract, ultimately losing to its Italian challenger. Despite this initial setback, the P226 would see adoption by the United States Navy, including its special operations forces (e.g., the SEALs). SIG, however, would beat Beretta the second time around. 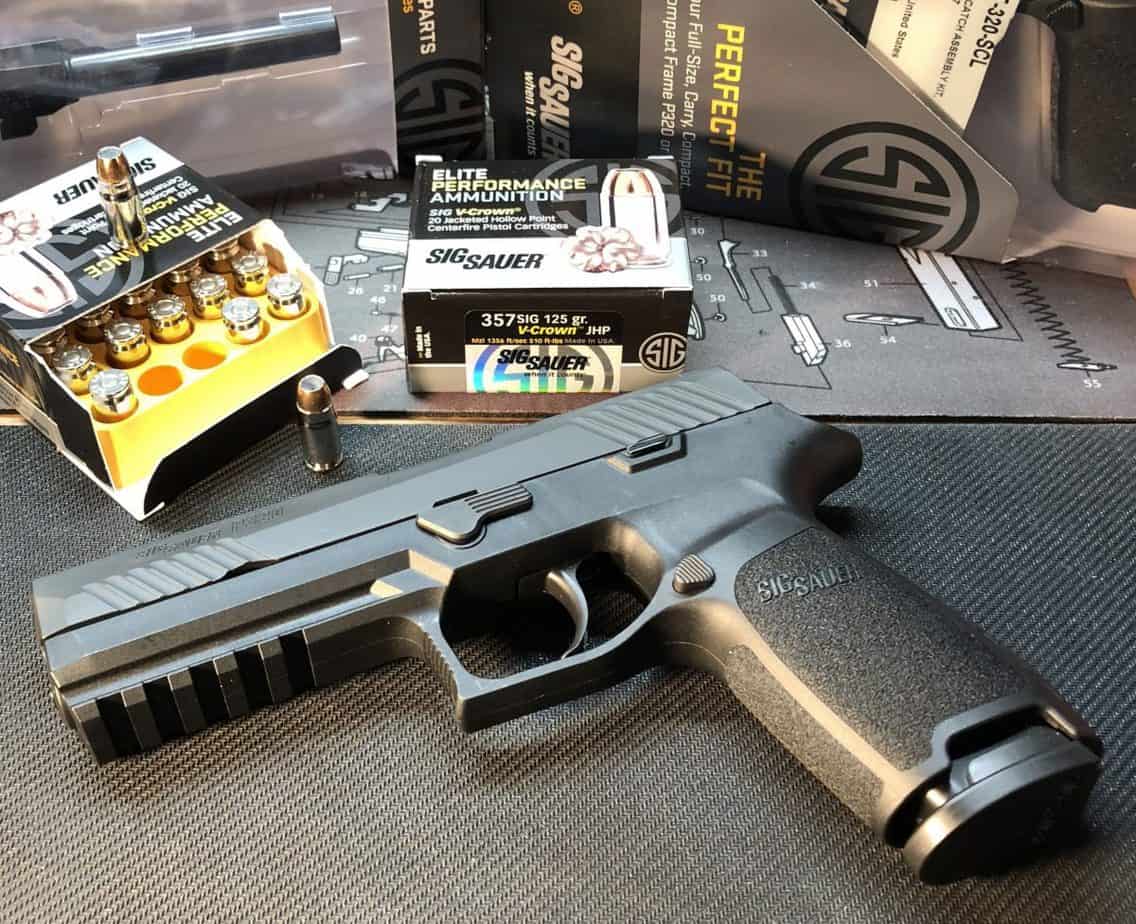 The SIG P320, introduced in 2014, is a semi-automatic, modular handgun. One of the most unique characteristics regarding the P320 is its use of interchangeable grip modules, which allows you to tailor the pistol to your hand size. As the successor to the P250, the P320 uses a striker system rather than a hammer.

If you’ve asked, “How does the P320 work?” it’s worth starting with the method of operation. The P320 is a locked-breech firearm using a type of short recoil operation. When you press the trigger and fire the pistol, the barrel and slide are locked together and recoil a short distance. The barrel stops, tilts, and unlocks from the slide. The slide continues rearward, extracting and ejecting the spent cartridge case.

The slide features deeply cut charging serrations, also called grasping grooves, fore, and aft for increased traction. Furthermore, to improve ergonomics, the grip has a thumb rest on both sides.

In a modern handgun, you need to attach accessories, such as laser aiming modules and flashlights. SIG fulfills this requirement by including a MIL-STD-1913 Picatinny rail on the full-length dust cover.

In the interest of ambidextrous functionality, the slide stop is accessible via either side of the frame. The P320 uses a reversible push-button magazine catch, not unlike that of the FN 509. This is in contrast to the paddle release that HK uses.

The standard P320 does not have a manual safety, although the company does offer a variant with that option. The M17/M18, based on the P320, also has a manual safety to comply with U.S. military requirements.

The pistol includes various passive safety devices to ensure the weapon does not fire unless you deliberately press the trigger. These include a striker safety to prevent the firing pin from moving forward when dropped; and a disconnect safety, which disconnects the trigger bar.

By using a conversion kit, you can change the caliber from 9mm to the more powerful .40 S&W and .357 SIG cartridges. In addition to the proprietary grip modules, third-party manufacturers, such as Wilson Combat, also offer P320-compatible options.

The P320’s successor, the M17, shares this modularity, which is one of the pistol design’s strong suits.

However, different P320 variants have different sighting systems or can host them. The X-FIVE, for example, has a fully adjustable rear sight, allowing you to adjust the windage and elevation to adapt to different cartridge loads.

Some variants, such as the X-CARRY and RXP COMPACT, feature an optic cut and cover plate, standard on the M17.

Removing sight assembly screws from the bottom of the slide, you can remove the slide cover and install a miniature red-dot (MRD) sight. MRD sights can increase the rapidity with which you can engage targets and deliver improved contrast compared with traditional iron sights.

In addition, on the X-FIVE variant, there is a detachable magazine well. The purpose of this device is to guide the magazine home during reloading.

The P320 is a reliable, rugged handgun, but even the most robust firearms need periodic cleaning and lubrication to operate at peak efficiency.

How does the P320 work? The best way to find out is to take one apart. The disassembly procedure for the P320 is analogous to that of many modern combat handguns.

Remove the magazine and retract the slide to ensure that the weapon is unloaded. Lock the slide open by raising the slide stop. The P320 has a takedown lever on the left side of the frame — rotate this lever counterclockwise until it stops.

While grasping the slide with your non-dominant hand, lower the slide stop, and allow the slide to move forward gradually. Continue to apply forward pressure until you remove the slide from the frame.

To remove the barrel from the slide, first apply forward pressure — i.e., toward the muzzle — to the rear of the recoil spring guide rod, then lift it.

Lift the barrel from the rear to remove it from the slide. Your SIG P320 is now field stripped, which is sufficient for routine maintenance. 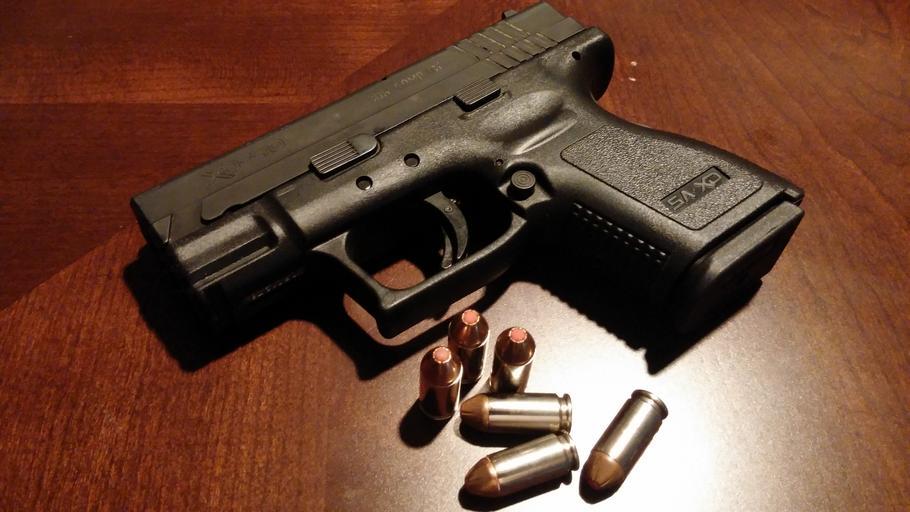 The SIG P320 was the foundation for SIG’s entry into the Modular Handgun System (MHS) competition, jointly held by the United States Army and Air Force to find a suitable replacement for the 1985-vintage Beretta M9.

Soldier surveys, over the span of multiple years, indicated dissatisfaction with the M9 for various reasons, from an inability to conveniently attach accessories to being difficult to maintain.

Of the twelve pistols submitted by American and foreign manufacturers, SIG’s entry, a modified P320, was ultimately the victor, and the firm announced its achievement at the 2017 SHOT Show.

There are a few critical differences between the P320 and M17/M18 pistols. These range from the cosmetic, such as the coyote-tan color scheme, to the safety-conscious. For example, the M17 features a tactile loaded chamber indicator. When there’s a round in the chamber, there’s a metal protrusion that the round raises.

The SIG P320, with interchangeable grip modules, caliber conversion kits, and a military successor, is a high-quality firearm. Whether for home defense, concealed carry or competitive target shooting, the P320 and its variants could be a welcome addition to your collection.